Nellie Bly had a lot to say for herself over the years, priding herself on her frankness. Here’s some fine examples…

“The Mexicans surveyed myself and my chaperone in amazement. But I defied their gaze and showed them that a free American girl can accommodate herself to circumstances without the aid of a man.”

Take some girls that have the ability, procure for them situations, start them on their way, and by doing so accomplish more than by years of talking.” 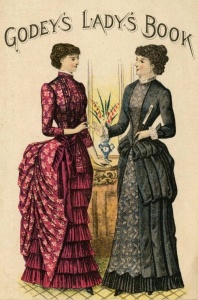 “Energy applied rightly and directed will accomplish anything.”

And one of my favorites:

“That women should work is necessary. That they should be treated with equality for their labor is just and right. There should be no difference in the recompense for work, whether done by a man or a woman, so long as it is done equally well.”

Portrait of Nellie Bly Sitting in Chair — Image by © Bettmann/CORBIS

Nelly Bly. As consistent in her support for women’s rights and equality for women in her 50’s as she was in her 20’s. Who wouldn’t want to read a novel about her?

“a well-researched and engrossing tale that focuses on female empowerment,” – Kirkus Reviews

“Everything a historical novel should be – illuminating, intriguing and intelligent. Kate Braithwaite has woven a fascinating and atmospheric story from what is known about the pioneering feminist journalist Nellie Bly (née Elizabeth Cochrane).  Braithwaite skillfully blends Bly’s early and later career to give a new insight into a remarkable and complex woman.” –  Olga Wojtas, author of Miss Blaine’s Prefect and the Golden Samovar