The minute I saw the call for submissions for the Dark London charity anthology I knew I’d be submitting a story. London is so rich in history and plenty of it is dark. 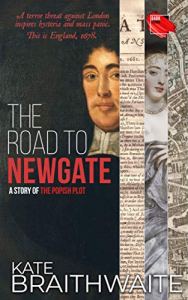 I’ve already spent much time there – in my head and on the page – when I wrote The Road to Newgate (Crooked Cat, 2018) and my mind jumped to Newgate prison and Jack Ketch’s kitchen. As I wrote back then, “most people give little thought to the bodies returned to Newgate and delivered to the kitchen. That’s where Jack Ketch completes his work; he is not only a hangman. He’s also responsible for stripping the bodies, and poaching heads and limbs in his kettle to better make them last out on those spikes and gibbets, and keep the birds away.”  I had an idea about a daughter, living in the prison, facing some unknown threat. And so I thought about that for a bit. But the idea didn’t really take off.

Initially I’d thought it would be good to use my knowledge and prior research, but instead I decided to explore some other part of London’s history. The Blitz, I thought. WW2 is so popular in historical fiction these days. So I did a little research and came across the story of Gordon Cummins, known as the Blackout Ripper, who murdered four women and attempted to murder at least two others in 1942. I even read a book about the murders… but still… I wasn’t quite committed.

Then – an idea. Out of nowhere. I thought of this…

Evie and the Sea Monster started to take shape. Here’s another note from that first spark of an inspiration that became pretty important:

Of course I needed a time period and historical context for the Evie’s story. I needed real locations in London and characters busy living historically accurate lives, wearing appropriate clothing and so on. And that’s when I came across this TREASURE of a primary resource for anyone wishing to learn about 19th Century London.

Henry Mayhew (1812-1887) was a London journalist, a co-founder of Punch, and a social researcher. London Labour and the London Poor began as a series of articles for the Morning Chronicle where he surveyed, interviewed and described the poor people of London. It’s highly readable and remarkably thorough. Here’s just a snippet from a section I found useful. It’s about mudlarks:

“On questioning one, he said his father was a coal-backer; he had been dead eight years; the boy was nine years old. His mother was alive; she went out charing and washing when she could get any such work to do. She had 1s. a day when she could get employment, but that was not often; he remembered once to have had a pair of shoes but it was a long time since. ‘It is very cold in winter,’ he said, ‘to stand in the mud without shoes,’ but he did not mind it in summer. He had been three years mud-larking, and supposed he should remain a mud-lark all his life.”

I hope that has you rushing out to order your copies of Dark London! There are two volumes due for release in paperback and ebook on June 25th and July 2nd. All proceeds from sales will go to two London-based charities and all the writers have contributed their services for free. It was great fun to write mine and I’ve thoroughly enjoyed reading both books. I’m sure you will too! 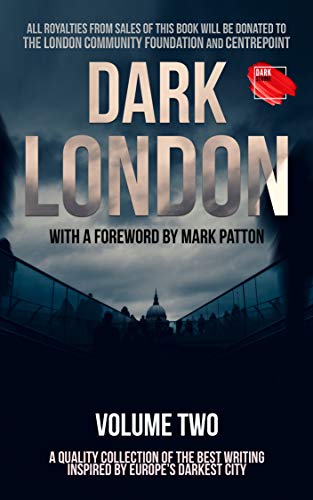 One thought on “Dark London – the story behind my story”