Read on here to find out about talented writer Jane Bwye. She is the author of two excellent novels set in Africa and is just about to branch out into non-fiction with a book I probably need to read quite urgently! But I’ll let Jane speak for herself…

Welcome, Jane! What can you tell us about how you came to write your novels, Breath of Africa and Grass Shoots? 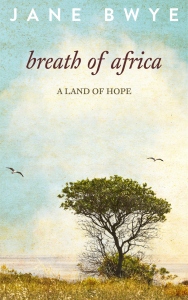 The story of my first novel, Breath of Africa, begins in the Mau Mau emergency of mid-20th century Kenya. I had intended to write a single book, addressing, among others, the problem of racialism in a former African colony. But I quickly realized the subject was so vast, that a sequel was necessary. A natural break in the lives of my characters came towards the end of the century, so I ended the book there.

But Grass Shoots isn’t just an ordinary sequel. It is very much a standalone book in its own right, as present-day Kenya is vastly different from the naïve idealism of a newly independent state. Racial problems have given way to something more sinister.

Power and politics have overridden concerns about the welfare of the people, and corruption has its hold on great and small alike. But there appears to be a glimmer of hope on the recent horizon. 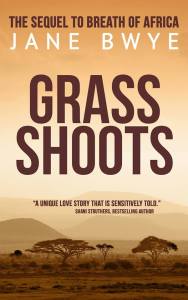 The story revolves around an interracial love triangle in a scenario of poverty, greed and violence, with a smattering of educated common sense. Corruption must be addressed, and the people are tiring of their leaders squabbling over power. The people want to better themselves. And I want my book to present a hopeful light at the end of the tunnel. How can my characters turn into harbingers of a brighter future? Government to government aid cannot work reliably when corruption is rife.

Could a charity be channeled towards new dimensions, by empowering the people instead of turning them into “poor relations”? Emily – an AIDS orphan -, Paul, the son of her benefactor, and Sam – the product of an African/Eurasian liaison – believe and show that it can be done…

… which is why I wrote this book!

Do you have a favourite scene in Grass Shoots?

May I let my book speak for itself? This scene comes in the final chapter of Grass Shoots, and as well as offering basic bush lore, it encapsulates my love for the wild open spaces of Africa:

Emily went out by herself to savour the magic of their special place… Reaching a bend, she looked to her left.

There was a loud snort of concern. A wildebeest stood poised for flight. They eyed each other, frozen with tension. He was big: he tossed his horns and stamped a foot, then snorted again. Emily stood her ground and so did he. Only a few yards separated them, and a feeling of unease spread through her. Help was out of reach in the house on the other side of the dam. If she retreated, the animal would chase her down. She held her breath, and eyed the surrounding long grass, looking for an escape route – and the wildebeest lowered its head. To her great relief, it continued sedately on its way across her path. She had broken the confrontation, and it no longer saw her as a threat.

For one long moment she had been a mere creature out there facing danger, tasting the fear experienced by wild animals every moment of their vulnerable lives. It was a humbling experience.

What can you share about your writing processes? Outline or no outline? Revisions? Changes in point of view?

I did outline the book, but only in a very broad sense. I kind of let my characters dictate their thoughts and actions within the chapters. This often leads to additions, and sometimes deletions in the final edits, to comply with my publisher’s requirements. I used several points of view, mostly between the three main characters. But I also experimented by changing to the present tense when writing in the head of Sam’s father, a key character throughout both books. I believe this technique helped to emphasize the intensity of his experiences and emotions. The book, together with the research, took me a year to write.

Can you recommend any books you have read and loved?

At a young age I was lured by the novels of Nevil Shute into a hankering to visit Australia. And The Thornbirds by Colleen McCullough fulfilled so many of my yearnings for romance, that I have lost count of the number of times I have read it.

What about a movie or album?

I prefer curling up in a corner with a novel in my lap over any other form of media. There is only one film which to my mind can compare favourably with the book. Doctor Zhivago. I have seen it countless times – even more times than I have read the book, which is quite an admission. And the haunting music never fails to stir my romantic soul.

What is your best piece of advice for other writers? 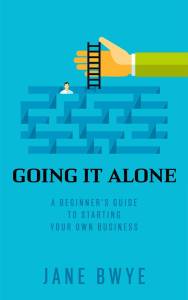 Once you have written your book, perfected it to the best of your ability, and perhaps achieved your dream of finding a publisher … now, you must put aside your deep involvement in the story. You need to turn yourself into a hard-nosed entrepreneur and act in a business-like manner to make it succeed. If you’d like to learn how to do this, I have a book launch coming up on 15th August 2018!

Connect with Jane at her website and blog or click on the covers to find out more about her books!