Last week Vanessa Couchman’s latest novel The Corsican Widow was released and I’ve been lucky to have the chance to ask Vanessa some questions about her new book and writing in general. 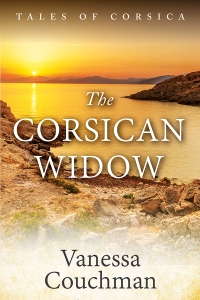 Corsica, 1755. Can Valeria Peretti escape the destiny that is mapped out for her?

While the island struggles for independence against its Genoese masters, she must marry an older, wealthy man. A quiet, respectable life apparently awaits Valeria, but a prophecy on the eve of her betrothal spells misfortune ahead.

As her life unfolds, Valeria’s attempts to fight against her fate bring her into conflict with the unbending moral code of Corsican society. She must make a choice between her personal wishes and social duty that will cast her far away from Corsica’s shores. 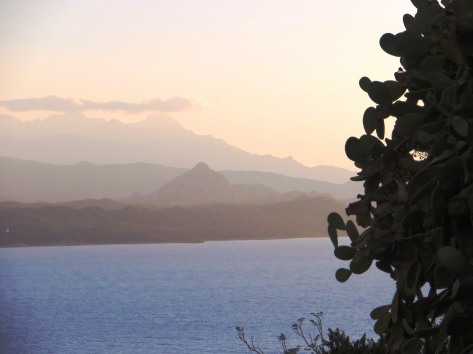 Vanessa, welcome! How did you come to write this story?

I didn’t actually set out to write this particular story, but I stumbled upon it while researching for something else. A history of Corsica, written in the 18th century, contained a snippet about a wealthy widow who suffers from loneliness after her husband’s death. She falls for her shepherd and incurs the disapproval and wrath of her village, which is governed by the rigid Corsican code of behavior.

This story wouldn’t leave me alone and I had to write it, although it took me two years. All I had to go on was the historical fragment and I couldn’t find out any more about it. However, this allowed me to give free rein to my imagination. Although it’s mostly set on the island of Corsica, part of the novel takes place in Marseille. The theme is one that has always interested me: the role of women in male-dominated societies.

Tell me about a favorite scene or character in your novel.

The Corsicans are great believers in magic and the supernatural, and the novel includes several instances where these are invoked. One of my favorite scenes occurs at the beginning of the book.

The main character, 20 year-old Valeria, is destined for an arranged marriage with a wealthy widower whom she has never met. She is desperate to know how her life will turn out, and so she asks her friend, an elderly healer named Margherita, to read her fortune. Margherita does this by polishing a sheep’s shoulder blade, holding it to the light and reading what appears there. This means of foretelling the future was commonly done by shepherds. It’s even said that they accurately predicted the rise and fall of Napoleon Bonaparte! Margherita sees something that clearly frightens her, but refuses to tell Valeria and pretends there was nothing there.

What was your process in writing The Corsican Widow?

I did outline the book, but, as always, it changed somewhat in the writing. I wrote nine separate drafts and the opening chapter changed at least three times. I also set part of the book in a brothel in Marseille, but it ended up resembling a girls’ boarding school – quite different from the 18th-century reality! So that setting was changed. The book took me quite a long time to write, mainly because around the middle section I had several choices for taking it forward and that paralyzed me. I took a break from it, which allowed me to see more clearly which way the story should go.

The book was always in Valeria’s (the main character) point of view. I wrote it in third person deep POV, so it is always Valeria who is experiencing or thinking things.

Can recommend a few novels you have read and loved? 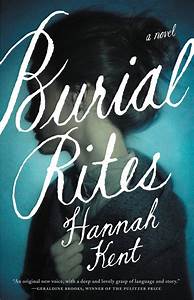 I loved Hannah Kent’s Burial Rites. It’s a rather bleak book, set in the unforgiving landscape and climate of Iceland, but her writing is superb. In a different vein, I really enjoyed Naomi Wood’s Mrs Hemingway, which is written from the POV of each of Ernest Hemingway’s four wives in turn. It’s not easy to write about real people, but she pulls it off.

(I loved these books too!!)

And do you have any movies you would recommend?

The movie I keep coming back to is ‘Jean de Florette’, based on the novel by Marcel Pagnol. Set in Provence, in the south of France, two cunning farmers plot to trick a newcomer out of his newly inherited property. It starred Yves Montand, Daniel Auteuil and Gerard Dépardieu. It is just brilliant and wonderfully evocative of French rural society after World War I. I live in France and, of course, the film was shot in French, but I’m sure it’s available with English subtitles.

(I’ve seen this film! It’s great. I need to watch it again ASAP)

Finally, if you could give one piece of advice to other writers, what would it be?

Write what you want to write, not what you think you ought to write or that is the flavor of the moment. That way, your writing will come from the heart and will be all the more authentic for it. 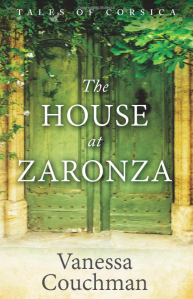 I love this answer and totally agree. I’m really looking forward to reading Vanessa’s new book but will be starting out with her first novel, The House of Zarona.

2 thoughts on “Book news: The Corsican Widow by Vanessa Couchman”