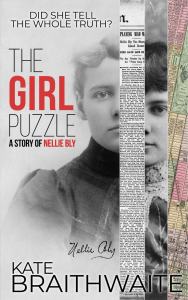 It’s Nellie Bly’s birthday this weekend and in her honor, not only is The Girl Puzzle – a story of Nellie Bly being unleashed on the reading world, but I’m also gathering all my Nellie Bly knowledge and sharing it on my blog. In March I wrote my first 5 lesser known facts about Nellie post but I could have easily kept going. Here are 5 more facts about the amazing Miss Bly that I’m excited to share…

1. Nellie Bly was hoping for a female president of the United States as long ago as 1913 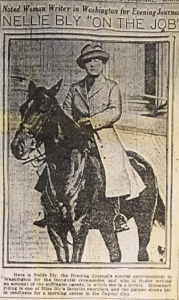 March 4th 1913 was inauguration day for a new president – Woodrow Wilson. Nellie Bly, in D.C. for the Women’s Suffrage Parade the day before (she rode in horseback in the parade AND reported on the event for the New York Journal) slipped up onto the inauguration platform just minutes before the new president was sworn in. In her newspaper report the following day she described her thoughts. “Will you and I,” she wondered, “ever see a woman stand there and take the oath of office?”

“Bly said the day was perfect.” That’s biographer Brooke Kroeger’s account of Bly’s characteristically confident self-appraisal of this feat of organization and planning. A feat it certainly was – involving the donated transport services of The Twentieth Century Brown and White Taxicab Association and the Manhattan Tourist Company to transport 750 children, and presumably some supervising staff, from Manhattan to Coney Island. Food was supplied by The Nedick Company and Mayor Hylan waved the 750 orphans off on their day trip from City Hall.

3. She was an early fan of motoring and even got caught speeding

Here’s clipping from The Brooklyn Daily Eagle on October 5th 1909. The report details how Nellie and her chauffeur Albert were pulled over for speeding on their way to a stock-holders’ meeting. Although arrested for traveling at 40 miles an hour, it later seemed that the arresting officer had ‘bungled’ the job, and the car was in reality only going at 21 miles an hour. This change in the story may well have had something to do with the status of Albert’s passenger. In the article, Nellie is described as “a business woman clear through… she can give spade and clubs to many men of financial astuteness and beat them at their game.” It is also noted that “she is extremely comely and was the center of considerable attention in court today.”

4. Nellie Bly admired her fellow feminists most – when they were well-dressed 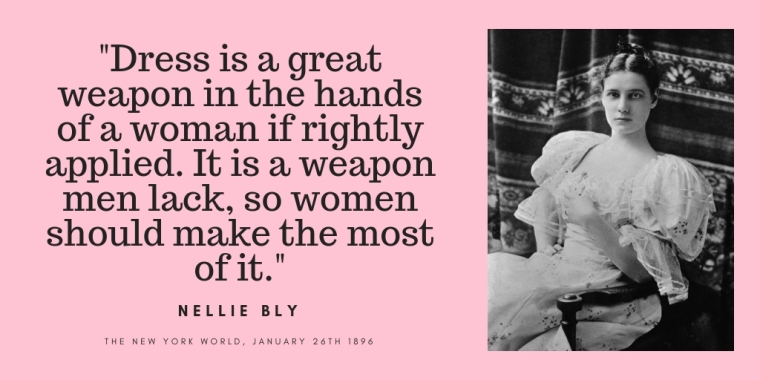 In January 1896, Bly reported on the National Women’s Suffrage Convention and did not pull her punches when describing how poorly she felt the women were dressed. As well as the quote above, she wrote: “I never could see any reason for a woman to neglect her appearance merely because she is intellectually inclined. It certainly does not show any strength of mind. I take it rather as a weakness.”

Still, she was happier some twenty-four years later when reporting on the Republican Convention in Chicago of 1920. She greatly enthused at the involvement of women in politics, but was as keen as ever to stress the importance of keeping up appearances. Of the women she saw there she wrote: “They are the cleverest and brainiest of their kind. That is why they have not neglected their appearance. For while they have fought and won the battle for equal rights with men, they did not forget that man is a creature of his eyes.”

5. Her love life remains something of a mystery

Nellie Bly’s private life is much less easy to follow than her professional one. She did marry, but her choice was surprising to some, and she was also romantically linked to several other men, including one of the doctors she encountered during her daring stay in the Blackwell’s Island Lunatic Asylum in 1887. Here are a few of the key men in her life:

To learn more about Nellie Bly, check out the Nellie Bly Resource list on my blog and/or grab a copy of my novel, The Girl Puzzle – a story of Nellie Bly (Crooked Cat, 2019)