If you know about Nellie Bly at all, you most likely know that she went round the world by herself in 72 days in 1889/90, or that she got her first break into New York newspapers by feigning madness and getting herself committed to Blackwell’s Island Insane Asylum in 1887.

But there was a lot more to Nellie Bly than that. Here’s a perfect example: Nellie reporting for the New York Evening Journal on the March 3rd Suffrage March in Washington D.C. in 1913. There are some great little videos about it on YouTube. Here’s an example:

“Can you imagine it? Ten thousand women in line? They say that was the number by actual count… Picture if you can an endless chain of butterflies, divided into sections according to color fluttering along and it will give a little impression of the parade which made history… I was never so proud of women; I never was so impressed by their ability; I never so realized their determination and sincerity. I am glad I am one.” 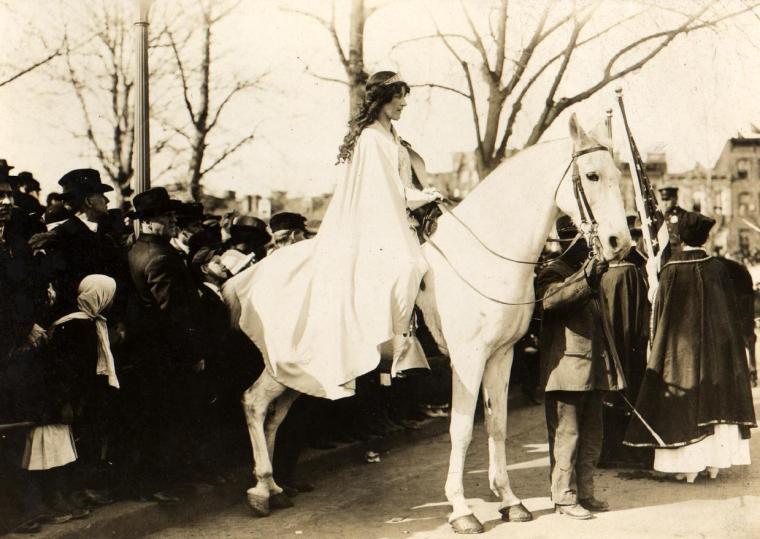 The suffrage march was led by this woman, Inez Milholland, a lawyer, feminist and pacifist who probably deserves a novel of her own. She’s definitely someone worth celebrating.

When the suffrage movement got its makeover on