Recently I had the chance to read Johanna Luthman’s Love, Madness and Scandal, The Life of Frances Coke Villiers, Vicomtesse Purbeck and ask Johanna some questions for the Historical Novel Society. There’s always something more in the Q&A that I can’t work into the articles though. So here’s a link to the piece on the HNS website, but I’m also posting the whole Q&A here.

What was the catalyst for you in deciding to write about the life of Frances Coke Villiers?

I first came across Frances Coke Villiers while doing research for my first book, Love, Lust and License in Early Modern England: Illicit Sex and the Nobility (Ashgate, 2008). In that book, I was writing about what happened to members of the nobility who committed acts of illicit sex during the reigns of Elizabeth I and James I. I included a chapter on the affair and adultery trials of Frances and Sir Robert Howard, focusing on the issue of concepts of honor.

I quickly found myself fascinated by Frances’s story, and continued researching her life. The more I learned about her, the more intriguing I found the sheer human drama surrounding her at every turn. At first, I was not entirely sure if she was a good candidate for a biography, since I had so few sources written by Frances herself. Then I read a book by Caroline Murphy entitled Murder of a Medici Princess about the life and tragic death of Isabella de Medici. Murphy manages to bring Isabella to life in a masterful way, even though she also had a dearth of sources directly produced by her subject. I became convinced that not only would it be possible to write a book about Frances, but that it is important that historians try to recover the lives of those who might have lived more in the periphery of power and influence, in order to get a more complete picture of historical periods and experiences.

Can you describe a couple of primary sources that were particularly important in your research, including how you accessed them?

One of the most important collection of primary sources I used were the State Papers. Since Frances’s family members and relatives were influential at the Jacobean court, and Frances and her actions came to the attention of monarchs and their councils, the rather eclectic mix of sources in the State Papers were invaluable: letters, orders, copies of interrogations, petitions, the few surviving records of the Court of High Commission, etcetera. I have access to the printed calendars and the photographed and digitized copies of the manuscript State Papers through the resources of Emory University in Atlanta (my alma mater). In addition, the printed Calendars are also easily available through British History Online, although it requires a subscription.

Another important collection were the published proceedings of Parliaments, as well as parliamentary journals. Frances petitioned the House of Lords twice, and her lover Howard was an MP in the Commons at the time of his adultery trial and argued that he should be shielded by Parliamentary privilege. The Commons took up his cause and debated it at some length. The proceedings of the Parliaments of 1626 and 1628 have been painstakingly collected and printed (eds. William Bidwell and Maija Jansson for the 1626 volumes, and Robert Johnson and Maija Jansson Cole for the 1628 volumes).

What challenges does the historian of this period face?

The biggest challenge I face when doing research in this period is the time and effort it takes to read original documents, or the photographed versions of original documents. Whenever possible and feasible (given time and funding constraints), I prefer to refer to the originals versus only relying on the printed versions.

It can be very tricky to decipher seventeenth century handwriting, and the fact that English writers did not yet have standardized rules for spelling and grammar makes reading slow. The physical format of the documents can make reading difficult. For example, some Chancery documents I consulted at the National Archives in Kew were the size of the whole table, and entirely filled with tiny text.

Sometimes, human error creeps in when transcribing the sources, so I want to make sure that printed copies or calendars are correct or have not left anything important out. This is how I discovered the entry for Frances’s baptism, and thus her birth year, which had eluded me for some time. The transcriber for the calendar of the parish records had misread the name: therefore it did not show up in searches at all. It was not until I went through page after page of the photographed and digitized manuscript records that I finally found the entry for “Francis Cook, doughter of Mr Cook the Quenes Maygesties Atorney general.”

What secondary sources would you recommend to readers interested in the early Stuart period?

It would depend on their interests. If they are focused on the monarchs and their lives, I would recommend Alan Stewart’s The Cradle King: A Life of James VI and I and Maurice Lee’s Great Britain’s Solomon: James VI and I in his Three Kingdoms. For James’s Queen Anna of Denmark, read Leeds Barrol, Anna of Denmark: A Cultural Biography. Good books on Charles I and his queen Henrietta Maria include Charles Carlton, Charles I: The Personal Monarch; Kevin Sharpe, The Personal Rule of Charles I, Erica Gaffney (ed.), Henrietta Maria: Piety, Politics, and Patronage; and Alison Plowden, Henrietta Maria, Charles I’s Indomitable Queen.

If the reader is interested in scandals and their meaning, The Politics of Court Scandal in Early Modern England by Alastair Bellany, The Murder of King James by Alastair Bellany and Thomas Cogswell, A House of Gross Disorder: Sex, Law, and the Second Earl of Castlehaven by Cynthia Herrup, and Unnatural Murder: Poison at the Court of King James by Anne Somerset are good places to start.

Do you have a favourite part of Frances’ story?

One of my favorite parts is the high-speed chase through London. Frances, with the assistance of the ambassador of Savoy, managed to escape the men who were coming to arrest her and to bring her to perform public penance for her adultery, a shaming ritual for sinners. The ambassador’s page boy dressed in women’s clothing and rushed out of the house to a waiting coach. The arresting officers believed it was Frances, and started to chase the fleeing coach down the Strand. On-lookers also started to follow, curious to see how the chase would end. Once the officers finally caught up with the coach, they discovered the ruse. Meanwhile, Frances, dressed in men’s clothing, had slipped away from the ambassador’s house undetected.

If it were fiction, I would think the episode a bit of an exaggeration. You can tell when you are reading the sources that those who witnessed and described the event really relished the audacity and drama of it all. As I was reading the sources, and then writing the account of the event myself, I could clearly visualize it and see it play out in my head.

Recently the Daily Telegraph reported that Hilary Mantel, the prize-winning historical novelist, had “said writing about women in history was a “persistent difficulties” for her contemporaries, who “can’t resist” retrospectively making them strong and independent.”

How do you respond to that given your work on Frances and her mother Lady Hatton?

As a historian, I agree with Mantel to a large extent: one should avoid judging historical subjects based on current ideals, as that invites an anachronistic view of a historical period. Of course, as a historian, I seek to write about historical realities as best as I can uncover and understand them. The aims of a historical novelist might be different, and rightfully so. If the aim of the novelist is to truly set the characters in a particular time and place, then he or she does need to pay close attention to the norms, mores and values of that society, even if that become uncomfortable, as Mantel suggests. If the novelist aims to explore some more universal or less time-specific issues, then the need for historical accuracy is not as pressing.

In modern society, we often find strong, unconventional, and independent women laudable and commendable, whereas such women were definitely considered problematic during the Stuart period. Women were limited in many ways, but that also does not mean that they were entirely powerless. That is especially true of women from the nobility and gentry, who were expected to command servants and commoners. Historians have started to pay more attention to the nuances of a variety of channels of power. While women held few official positions (with the exception of court appointments to serve royal women), they could still wield significant influence unofficially.

Neither Frances, nor her mother Lady Hatton, were feminist champions in the modern sense. They were not seeking to “change the system,” or to argue that they should have what they wanted because they were somehow entitled to equal treatment with men. They did, however, insist on being treated fairly, and they were both rather unusual in their persistence. While some admired this trait, many more found the women too loud, too angry, and just too annoying, not conforming to the female ideal of silence and obedience.

In a patriarchal society, women who broke the female norms were often punished. But men who failed to live up to the masculine ideals of providing economic security, protection, and care for family members could also face negative repercussions. Lady Hatton certainly interpreted her troubles largely as the failings of her husband to fulfill his role as a good provider and caring husband and father. As a result, she appealed to other, more powerful, men to correct her husband. Frances followed in the footsteps of her mother: she appealed to men to correct what she interpreted as the abuses of her in-laws and of the Duke of Buckingham in particular. She did not argue that she had a right to love whom she pleased or that a married woman who committed adultery should not be punished, as convention and law dictated in Stuart England. Instead, she argued – unconvincingly – that the evidence used against her was false, and that her conviction, and the consequences that followed, therefore were wrong and unfair. Her stubbornness, and the great lengths to which she would go to try to convince people of her innocence, is what made her unusual. 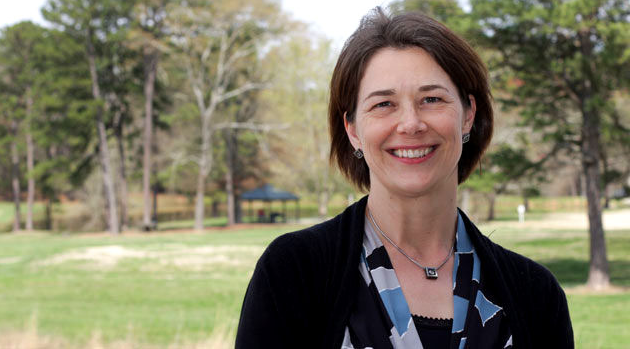 Thank you Johanna for such great answers!