Every so often I have the chance to ask other novelists questions about their work for the Historical Novel Society and write up feature articles. There’s always something more in the Q&A that I can’t work into the articles though. So here’s a link to my piece on the HNS website, about Fates & Traitors, but I’m also posting the whole Q&A here. 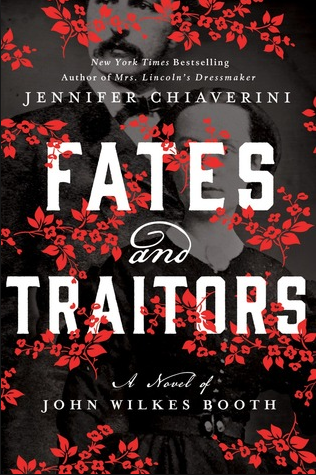 The story of John Wilkes Booth is told from the point of view of four very important women in his life: his mother, his sister, his betrothed, and his co-conspirator. How did you settle on that structure?

When I first began planning Fates and Traitors, I envisioned it as a first-person narrative from the perspective of Lucy Lambert Hale, the staunchly Unionist, abolitionist daughter of New Hampshire Senator John Parker Hale. As my research continued, I discovered that Lucy and Booth knew each other only very briefly, for less than a year before the assassination of President Abraham Lincoln. Also, because Booth concealed so many of his beliefs and activities from Lucy, her perspective was too limited for the novel I wanted to write. As I delved more deeply into Booth’s history, and especially after I learned that his dying words were for his mother and he had left his last written manifesto with his sister, I realized that telling the story from the perspectives of Mary Ann, Asia, Lucy, and one of his co-conspirators, Mary Surratt, would allow me to offer a richer, more detailed understanding of who John Wilkes Booth was and how a bright, beloved son could have turned into the country’s most notorious assassin.

If you had to sum up each of these women, what would you say about each one?

Mary Ann was a beautiful Covent Garden flower girl and an admirer of the great Junius Brutus Booth, one of the most celebrated Shakespearean actors in England. Although Junius was married, he and Mary Ann fell deeply in love, and they fled to America to start a new life together. Mary Ann was a loyal and devoted partner to the tempestuous, eccentric Junius, and a loving, nurturing mother to their children.

Asia was John Wilkes Booth’s older sister and confidante. Clever, well-read, and a gifted writer, she watched over her younger brother from his tumultuous childhood through the years when he struggled to follow in their revered father’s footsteps by becoming a successful actor. Though their political beliefs were often at odds, Asia loved her brother dearly even as she grew increasingly worried about his explosive outbursts and his hatred of President Abraham Lincoln.

Lucy Hale was charming, pretty, intelligent, and very popular in social circles both in Washington, DC and in her native state of New Hampshire. The younger daughter of the abolitionist Senator John Parker Hale, Lucy was staunchly loyal to her family and to the Union, and she highly esteemed President Lincoln. She had admired John Wilkes Booth from the first time she had seen him perform on the stage, and when they met in the capital in the waning months of the war, she quickly fell in love, and Booth gave her every reason to believe he felt the same.

Mary Surratt owned a boarding house in Washington, DC, where Booth met with his fellow conspirators, including her own youngest son. Mary was intensely loyal to the Confederate cause and admired Booth for his strong beliefs, even as her association with him put her family in increasing danger.

The protagonists of your other historical novels appear to favor the Unionist side of the Civil War, yet as a reader I felt a level of sympathy toward John Wilkes Booth. Is that something you were conscious of? Was there a tension there for you?

In Fates and Traitors, readers see John Wilkes Booth through the eyes of four women who loved him very much, whether as a son, a brother, a sweetheart, or a comrade. They cared deeply for him, even when his beliefs and actions shocked, upset, or horrified them. If I had included Lucy’s father as one of the narrators, for example, a very different picture of Booth would have emerged. Make no mistake, Booth is not the hero of this story. He’s not even a hero of the Confederacy, in my opinion. At the time of the assassination, there was absolutely no political or strategic advantage to be gained for the South by killing President Lincoln. Some of Booth’s associates tried to convince him of that, but he disregarded their warnings. He could have walked away at any time, but he chose murder. I don’t sympathize with that at all.

I was most surprised to learn that John Wilkes Booth’s family was not from the South and it was so interesting to see how his views developed and changed during the story. Was this a particular point of interest for you? (If not, perhaps there is another aspect you would like to highlight?)I think it’s true that most people assume that Booth came from a zealously Confederate family, more like the Surratts. I was intrigued to discover that, quite to the contrary, Booth had been raised in a rather progressive, egalitarian, abolitionist household, and that he was the only member of his immediate family who sympathized with the South. I could imagine their increasing dismay, and in some cases outrage, as they watched the son and brother they loved turn his back on their family’s most cherished values. They probably felt powerless to do anything about it, but I doubt they ever imagined his new passions would drive him to such extremes of violence.

Did you set out to follow Booth from his childhood (or even before, with his parents’ courtship, which I found fascinating!) or was that something that developed as you researched his life?

The decision to describe Booth’s childhood and his parents’ relationship followed soon after I decided to include Mary Ann and Asia as narrators. It seemed to me that in order to understand who John Wilkes Booth was at the time of the assassination, we need to look back and see who he was, where he came from, and the path his life followed.

How did you choose the title, Fates and Traitors?

Since Shakespeare was so important to this family of actors and writers, I wanted my novel to have a title inspired by Shakespeare’s plays. Julius Ceasar was the clear choice, not only because of the themes of assassination and betrayal, but because the only time the three actor sons of Junius Brutus Booth ever performed together was in a production of Julius Caesar at the Winter Garden Theatre in New York on November 23, 1864.

In Act 2 Scene 3, the soothsayer Artemidorus writes a letter to warn Caesar about the plot against him. “If thou read this, O Caesar, thou mayst live,” he says as he prepares to deliver it. “If not, the Fates with traitors do contrive.” I could not help thinking that if only my four narrators had shared what each of them knew about Booth’s escalating anger and his evolving plot against the president, his intentions might have been made clear, and perhaps they could have prevented him from carrying out the assassination. But although Mary Ann and Asia were often together, and Lucy exchanged at least a few letters with members of Booth’s family, the four of them were never all together, and this conversation never took place. I found this idea of a tragedy that could have been prevented if only a warning had been delivered in time to be very compelling.

Then too we have that word, “Traitors.” John Wilkes Booth and Mary Surratt certainly didn’t consider themselves to be traitors but patriots, although history sees them differently. As for “Fates,” throughout Booth’s life there were visions and prophecies that indicated he was fated for either glory or a violent, notorious end. Was it Booth’s fate to become the most notorious assassin in American history, or could he have chosen another way? 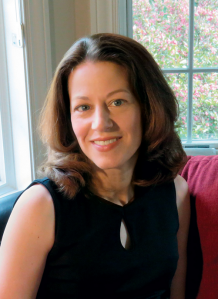 Find out more about Jennifer and her books at her website.