The body of a man with a red die in his pocket is washed ashore near a quiet village on the coast of the Indian Ocean in southern Africa. But what looked initially like a corpse that came in with the tide soon turns out to be a murder case that will lead Comandante Felisberto and his team to the edge of danger and despair as they uncover a trail leading up to the highest echelons of power in their country.

Can Felisberto and his ‘motley crew of rural investigators’ solve the case – and survive?

OOOH! Alex Macbeth’s debut novel, THE RED DIE, sounds right up my reading alley and so, while I wait for my pre-order copy to land on my kindle this weekend, I jumped at the chance to ask Alex some questions about this gripping new story, set in Mozambique.

Alex, how did you come to write this particular novel?

I was sat in a police station in Mozambique because somebody had stolen my motorbike. Despite the curious situation, I was overwhelmed by some of the challenges the officers faced; there were no aspirins in the district, yet hundreds of crimes. A total of six officers policed a town of more than 130,000 people. The force’s only car often ran out of petrol and the local police force had no forensic department.

I think in Europe we have a stereotype of African policemen as corrupt and malicious figures, but I realised that the challenges of being a detective in an African village are huge and often under-appreciated. So I was inspired to create a rural African hero, a shrewd, ‘hardboiled’ detective who despite his limited resources is determined to fight crime. The quirky setting grew on me and with research the story became my debut novel, THE RED DIE.

Do you have a favorite scene or character in your novel?

I have to say, there are several I enjoyed writing, although the scene in which my protagonist, Comandante Felisberto, jumps out of an exploding plane without knowing whether his parachute works is one of my favourites.

I also enjoy writing dialogue a lot so the interrogation scenes, which usually come with a twist, are also among some of the scenes that I enjoy re-reading the most.

What was your process in writing THE RED DIE? How long did it take?

THE RED DIE took five years to write and went through at least twelve drafts.  As the plot developed, I had to do more and more research. Subsequent drafts helped shape some of the details that contribute to the sense of place (Mozambique), the characters, their relationships (e.g the grumpy and technophobe old-school detective and his technology-obsessed deputy) – and also plot twists.

I wanted to create a detective who was both tough but sensitive, just but hard. I tried to take what I could from Chandler’s hardboiled detectives and combine it with the attempt to rectify moral hazard that is so present in Nordic Noir. And I set it in Mozambique, in the small district where my family have lived for the last fifteen years.

The story is told from three points of view. The main story follows Comandante Felisberto, the investigating detective. The secondary story features Tomlinson, a British zoologist in Mozambique. Podolski, a dodgy British banker in London, makes the odd appearance too.

I always think the books author’s read tell me a lot about them and their books. Can you recommend some three novels you have read and loved? 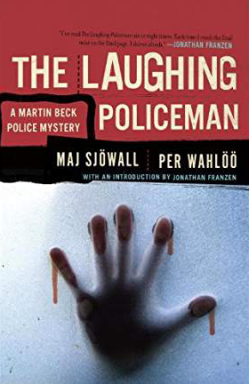 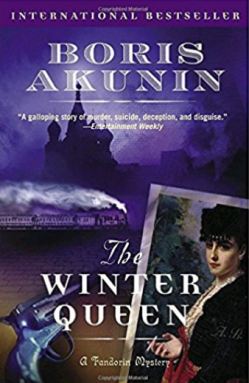 Hmm, Alex. You have chosen 3 books I have never heard of! Thank you! I’m excited to check them out.

And finally, what is the best piece of advice you have for other writers?

Gosh, that’s tough. I guess the best advice is keep writing and believe in your voice, even if at times others, or even you, don’t like it. It takes time to find a voice we feel comfortable with as writers. Meanwhile, read as much as you can! Others have already shown the way to write great stories, we just need to catch up on how to do it.

Alex Macbeth’s debut novel, THE RED DIE, is available on Amazon in the UK & the US

One thought on “Introducing Alex Macbeth and The Red Die”